For the 2010 racing season, we are honored to support Quantum Racing’s world-class team as they compete to win the Audi MedCup, the world’s leading regatta circuit. The team won the 2008 Audi MedCup Circuit and finished runners up to Emirates Team New Zealand in 2009. The team finds themselves in this same position as they head into the second race of the season June 15 in Marseille, France.

We are especially excited because the team is using the circuit as a testing and validation period for Sebago products. This season, Quantum is competing in our latest technical apparel and footwear prototypes. These performance products were developed for the most rigorous and competitive environments. After incorporating the team’s feedback, we look forward to bringing them to you for purchase next year.

Follow Quantum Racing on Facebook http://www.quantumsails.com or see them in action on YouTube www.youtube.com/quantumsails.
The Audi MedCup Circuit is acknowledged as the top regatta circuit in the world today and attracts the very best designers, sailors and technicians. Learn more at http://www.medcup.org/home/

Quantum Sail Design Group is the second largest sail manufacturer in the world with US headquarters in Traverse City, Michigan and European headquarters in Barcelona, Spain. To see the schedule visit: http://www.quantumsails.com
Posted by Sebago Shoes at 11:22 AM No comments: 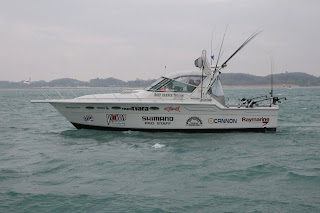 "The Best Chance Too Sport Fishing Team is the number one money winner of all time in Lake Michigan salmon fishing tournaments. They have also won more tournaments on Lake Michigan than any other boat. Their great fortune has been spread throughout all four states on the big lake. Their seminars and instructional DVDs are very valued and popular throughout the Great Lakes' trolling community.

Best Chance Too is very pleased to be working with Sebago, the number one deck shoe company. Even though they are known for their stylish nautical designs, these shoes also fit this top teams' daily demand for comfort, quality, and durability. Breathability and the non-slip tread add great comfort on and off the boat. This is the shoe the team has relied on for over twenty years."