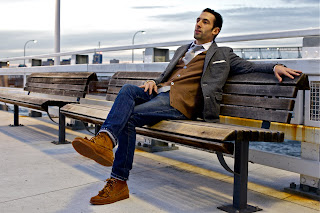 Greg Weinstein has been a fixture on the East Coast’s music, fashion and pop culture scene since his earliest professional days. He started in the new media department at Island Def Jam Records where he spearheaded digital promotions for artists such as Jay Z, The Killers, Kanye West, and many others.

Weinstein went on to start CultureShoq.com, one of today’s premier websites for daily fashion updates, entertainment and celebrity culture. With CultureShoq.com, Weinstein has developed partnerships with his former music industry relations, as well as the top names in fashion. From performers such as Travis McCoy and Fabolous to the likes of Mr. Cartoon and Mark Ronson, CultureShoq.com features the top names in pop culture each and every day. Burberry®, Casio®, Red Wing® and Nike® are just a few of the thousands of names who have all given inside stories, as well as exclusive interview clips, to CultureShoq.com. Enter here to win a pair of the Nexus Project shoes: Sebago Nexus Contest
Posted by Sebago Shoes at 1:31 PM No comments: 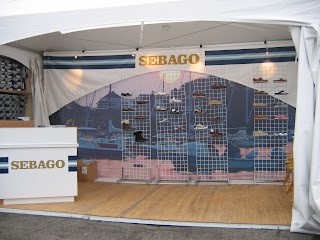 We're headed to the boat show next week! If you are in the Annapolis, MD area, please stop by the City Dock and see us at booth #55. We will have men's and women's Sebago shoes for sale in our tent. Hope to see you there!
Posted by Sebago Shoes at 12:38 PM No comments: