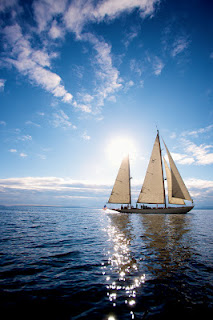 We are excited to announce that Sebago is the official footwear sponsor of the 42nd Annual Newport International Boat Show, one of the largest in-water boat shows in the world, taking place September 13-16, 2012 in downtown Newport, Rhode Island. Our Sebago heritage is centered in New England, and Newport is one of our favorite stomping grounds in that area of the world! We look forward to getting back there over the summer.

Please stop by and visit us during the events. We hope to see you in Newport this summer!
Posted by Sebago Shoes at 12:58 PM No comments: 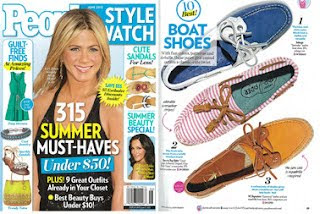 Ten Best Boat Shoes!
With fun colors, patterns and details, these pairs give casual outfits a classic-cute twist. The blue-and-white color block look is stylish and versatile. Our women's Spinnaker is featured in the June, 2012 issue of People Style Watch magazine.
Posted by Sebago Shoes at 1:13 PM No comments: